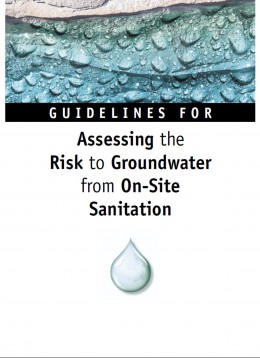 Assessing the Risk to Groundwater from On-Site Sanitation Guidelines for

There has been encouraging progress with access to safe drinking water and sanitation in both rural and urban areas since the United Nations Water Decade of the 1980s. However, more than 1 billion people around the world still lack access to safe water supplies and more than 2.4 billion are without adequate sanitation. A substantial majority of these people live in Asia where the lack of sanitation provision is particularly acute. In Africa, over one third of the population still remains without access to safe water and sanitation, and many of these can only be served by groundwater. The need for renewed efforts to improve the situation is recognised in DFID's recently published water strategy paper - ''Addressing the Water Crisis - Healthier and More Productive Lives for Poor People''.

These guidelines are an important contribution to risk assessment and the avoidance of the contamination of groundwater supplies from on-site sanitation. They have been development as part of a project funded by DFID through the water component of the Infrastructure and Urban Development Division's Knowledge and Research Programme.